Fatos Goliqi: If I would be a white guy, it would be much easier for me to get a job and not be homeless 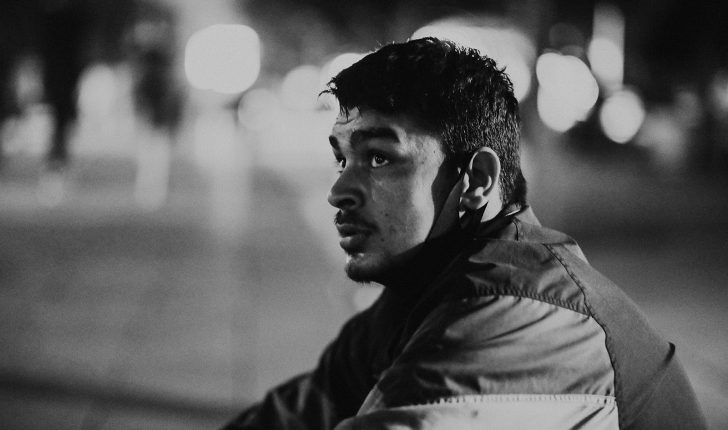 ‘I have a different skin colour, and I am hopeless to even look out for a job. If I would be a white guy, I swear to God that I would be unstoppable, people would come and beg me to work because I am capable of doing everything. Even now while asking for money from people, I know I am doing an honest work, nevertheless I would love a proper job” says Fatos Goliqi, a known face to people in Pristina. Quietly and calmly, Fatos goes from one location to another to beg.

Goliqi, 21, lacks basic living conditions, together with his family. They all live in a rented house in Pristina. His father collects cans almost every day in order to provide for the family, while his mother takes care of the house and Fatos’s little sister who goes to second grade of primary school. Fatos dropped out of school in the six grade due to the in which his family found itself. Fatos is the only man of the house, so he had to make choices and learn lessons.

In the eyes of Fatos you can clearly see that he is devastated from a life like this. He speaks with coldness while recounting days on the streets of the capital city of Kosovo.

‘I usually walk around the main square, sometimes I can get more from people and sometimes less. I have been like this for about four years now, sometimes it happens that Albanians invite me to help them for physical work, rarely” says Fatos.

A man of very few words, Fatos tells me a lot during our interview. He is hesitant sometimes and prefers not to play the victims role, refuses to be submissive in any way and is proud of himself that he at least manages to provide for the family. Even during the interview, people around us would look at as strangely, glances that both of us couldn’t understand or decipher.

Of course none of this is new to Fatos, what with him being accustomed to such looks, quite often.

Those who know Fatos, have seen him very often singing. He shows us that he would very much like to be a singer in the future, but he is hesitant. After something that happened to him some weeks ago, when a famous person in Kosovo – lawyer Tomë Gashi hit him, he has stopped singing. He recounts the event and shows that even today he feels bad about what happened.

‘I was singing and he came out and said ‘why are you yelling’. I told him I wasn’t shouting, and the reason I am singing is the bread for me and my family: if I would be in a better condition I wouldn’t be here at all. He then went on – “How would you feel if someone would come and sing right in front of your apartment”  – I told him I understand him, but I have no choice. He then hit the package I was holding, and he was not drunk at all, he was quite sober” Fatos continues.

Fatos says that this event has made him feel very bad, ashamed that it happened in the eyes of so many people. Some even recorded it.

“From that moment on, I did not sing in the square, he took away my bite of bread. I know that I was mentioned a lot on Facebook and I hoped that someone would do something, but nothing happened”.

“How would you feel is someone offended you” – he asks me

“Of course I would not feel well” – I did reply to Fatos.

“I get offended every day” – he goes on, ironically laughing.

I know Fatos for a very long time now, we often even stopped each other and just muttered random words of joy and compassion. He has a pleasant mood and in his better days you can have quite a conversation with him. He has often told me how he does not understand why all these differences exist between the majority and the minority communities. He is irritated and thinks that everyone’s arrogance here is connected to the person’s financial income.

“Some people think that just because they have more money than me, they are better people than me”.

The most erroneous stereotype that exists about minorities in Kosovo, especially Roma, Ashkali and Egyptians, is related to crime.

“I have never been mistreated by my people and I know for a fact they are not people of crimes and wrongdoings, people who commit crimes” Fatos says firmly.

Fatos says that when he was a child, he often dreamed of having a good job and a satisfactory salary, so that he would at least be able to send food home, be self-sufficient and not remain at the mercy of other people.

Fatos does not know how many people will read the article about him, but he has a simple message for everyone: Whoever sees this: I want to tell to that person that I want only one job and nothing more.