Orhan Butic: My mother sold beans to educate me, today I lobby for the education of the Roma community in Kosovo 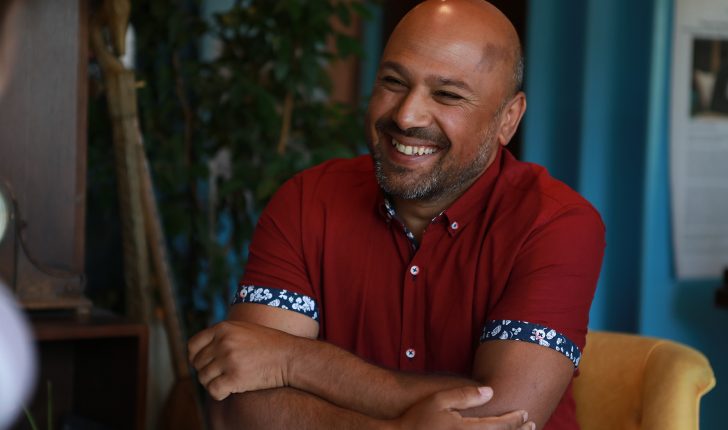 “When me and my sister were attending school and yet not able to work, it was my mother who made us sell beans, so that we could afford the public transport. We have been traveling a lot when attending primary school and high school. I have been working a lot of jobs, including those with physical activities, and when I reached a point where I had some money, I bought myself a bicycle which was worthy”. The story of Orhan Butic starts something like this. Orhan is nowadays one of those people who tried hard to fight for human rights. He works at VORAE, an NGO in Kosovo that deals with the voices of Roma, Ashkali and Egyptian communities. He works primarily with the education department.

In this interview of ours, Orhan tells us a bit more about the obstacles he faced so far.

His parents were the ones who pushed him to be successful in life. They both sacrificed a lot so that Orhan and his siblings could attend school and continue the educational path of life.

“One is always not very satisfied with achievements of life. I had already a lot of plans for my life, and I realized that not all of them would be complete. I am however happy that I have achieved things I wanted, despite it not being a very easy journey” Orhan tells us.

It was 2005 when Orhan entered the activism bubble, towards the integration of Roma, Ashkali and Egyptian communities in all aspects of life in Kosovo. He and VORAE have done an amazing job by visiting each location in Kosovo inhabited by all these communities, meeting families and lobbying for children’s education.

This journey has not been easy at all, as there are many factors that influence members of these communities to drop out of school. Among the main reasons is undoubtedly the financial situation and then the unequal treatment at school by teachers and often by other students. However, Orhan points out that these barriers are changing day by day.

The NGO and Orhan heading the education department, consider it a moral and legal obligation for parents to encourage their children to go to school.

Why does racism exist?

“During my travels abroad, when I met different personalities, their reaction after our conversation was mainly with the fact that they had just met someone from the community that is different, and it has often happened that the same people change their minds instantly. – I really think differently about the Roma community now – someone once told me during a business meeting in Brussels. I told him that I am not the only one from the community who is educated and continues to work, because there are many other members of Roma community who are just as successful and perhaps even more successful than I am”, Butic continues.

For this reason and more, everyone should research, read, know the history of each community before jumping into prejudices, Orhan suggests.

“I think that a lot of work is needed to stop racism in Kosovo, especially on the part of the institutions. This is done by informing the population about the concept of ‘Anti- gypsizm’ and then continuing to work in that direction, but it will take a long time to achieve this. First, support is needed from the institutions and then from the civil society… “, Orhan tells us.

The Roma community carries a stereotype that Orhan considers completely wrong: to live differently from the others, to be considered a lower level of society just because you have a different skin colour.

“One should never, in one’s life, stop at the realization of his / her dream. The biggest challenge I had to face was convincing the majority community but also others that human values ​​and abilities have nothing to do with the colour of our skin or our culture. Everyone should be respected and called upon the values and abilities they have. I have achieved this, but for the minority community to gain respect and acceptance in society, is a challenge “, Orhan emphasizes.

People like Orhan are rare to find. Devotion, love and great work make him the man he is: an example to be followed. All along our conversation, Orhan never blamed anyone.

“My motto is – Education is the key” Orhan concludes.

The Story of Latife and Bekim: Two Stories Between Forgetfulness, Hope, and Poverty